Versatile and Volatile- The Three-Sectional Staff 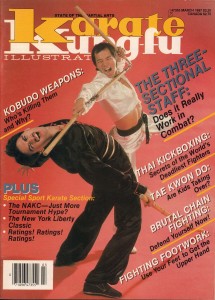