American Arnis- The Evolution of An Art

Home > Publications > Magazines > American Arnis- The Evolution of An Art 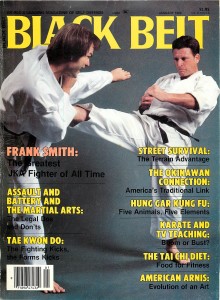 The evolution of arnis has followed a long and torturous path: from the ancestors of Lapu Lapu, through the Spanish conquerors, to present-day America. Through it all, arnis has survived. The introduction of modern arnis to America was yet another link along the style’s long chain of growth, and the inevitable has come to pass. Arnis has adapted and conquered in this country. We now see the result emerging upon the martial arts world -American arnis.”